The people of icona are intentionally diverse, passionately committed and exceptionally talented. Together, our leadership and advisory teams are driving transformation at human scale. 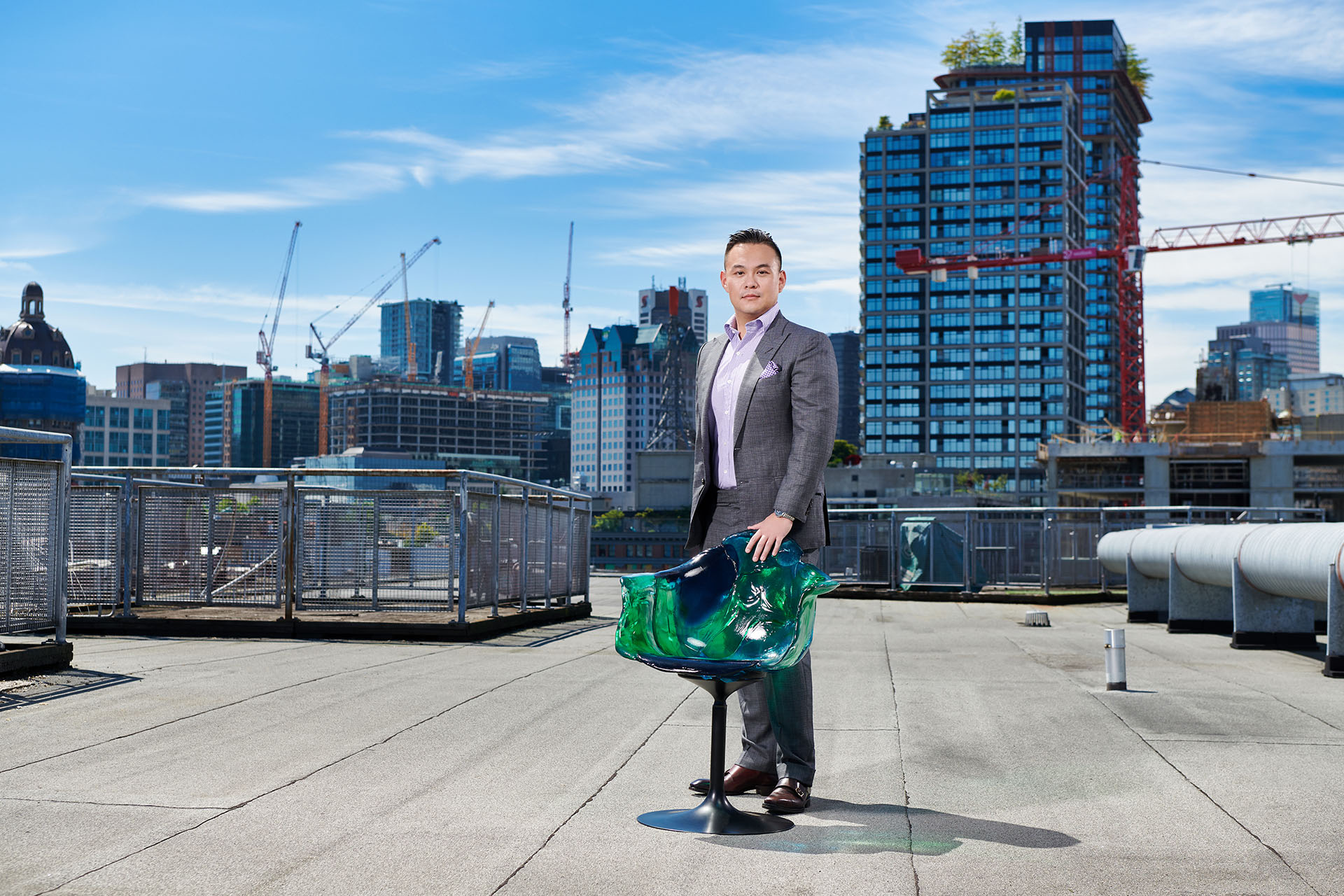 Tony's career has enabled him to facilitate and lead some of the most innovative urban developments in the world.

After completing undergraduate studies at SFU and an Executive MBA at the Saïd Business School (University of Oxford), he spent nearly a decade supporting the family business, a global investment portfolio focused on Asia-Pacific and North America. In positions that included Acting VP of Property Management and General Manager, Tony supported urban planning initiatives, served as the communications lead for collaborative partnership with international companies including the Marriott Hotel Group, and managed an international roster of commercial and residential projects. 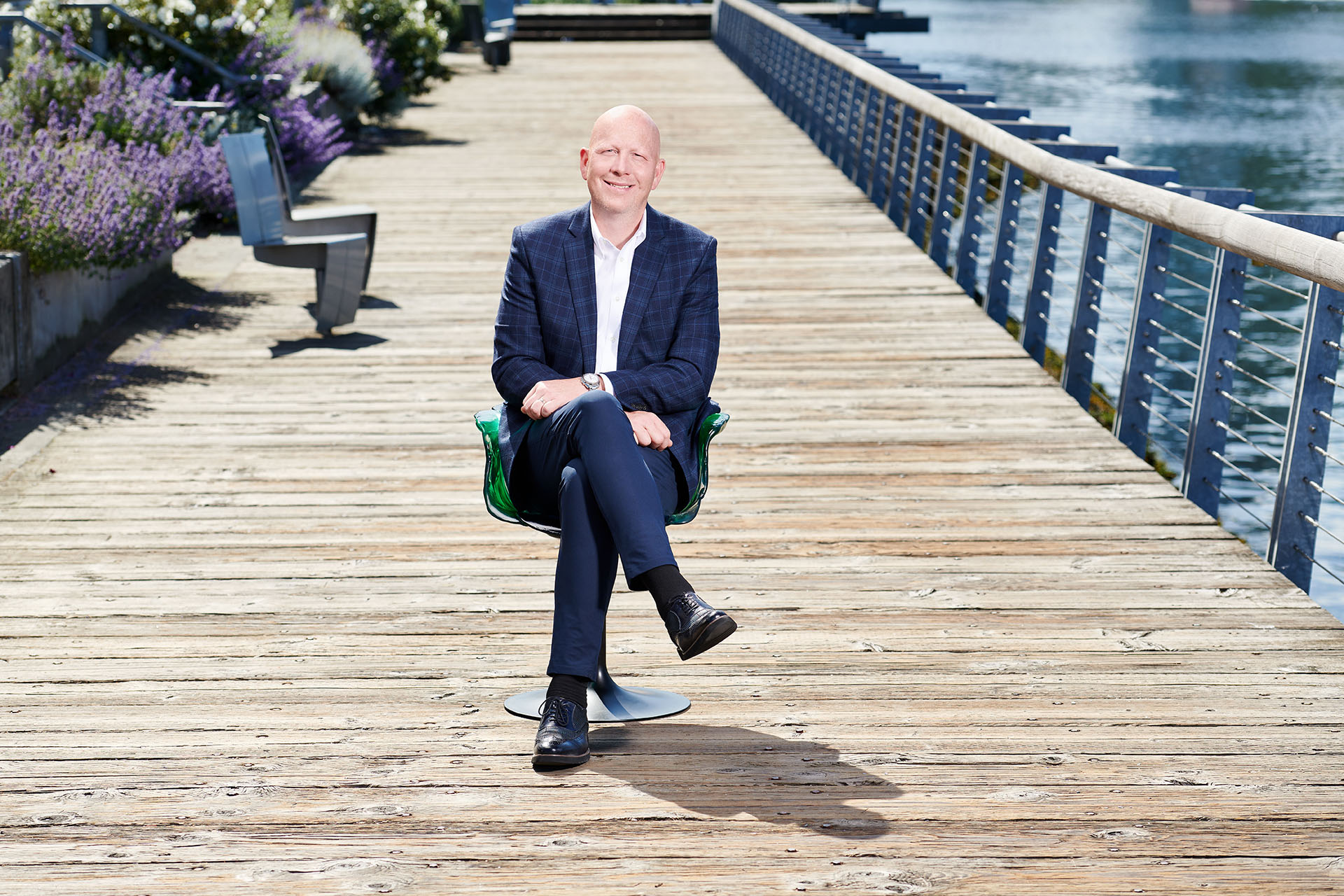 Greg's commitment to public service includes six years as a City Councillor, 10 years as Mayor of the community of Port Coquitlam and a career as a city planner in both the private and public sector. With an undergrad in Urban Geography, Greg’s first phase of his career was as an Urban Planner before entering politics. Before joining icona, Greg was Interim President and CEO of BC Lottery Corporation (BCLC).

His board experience includes serving as a member of TransLink’s Mayors’ Council, where he led the development of the Mayors’ Ten Year Transportation Plan. Greg also served as Chair of the Metro Vancouver Regional District for seven years and a member of the Board of Trustees for the Municipal Finance Authority of British Columbia. He is on the board of Eagle Ridge Hospital Foundation and most recently was appointed Chair of BCLC. 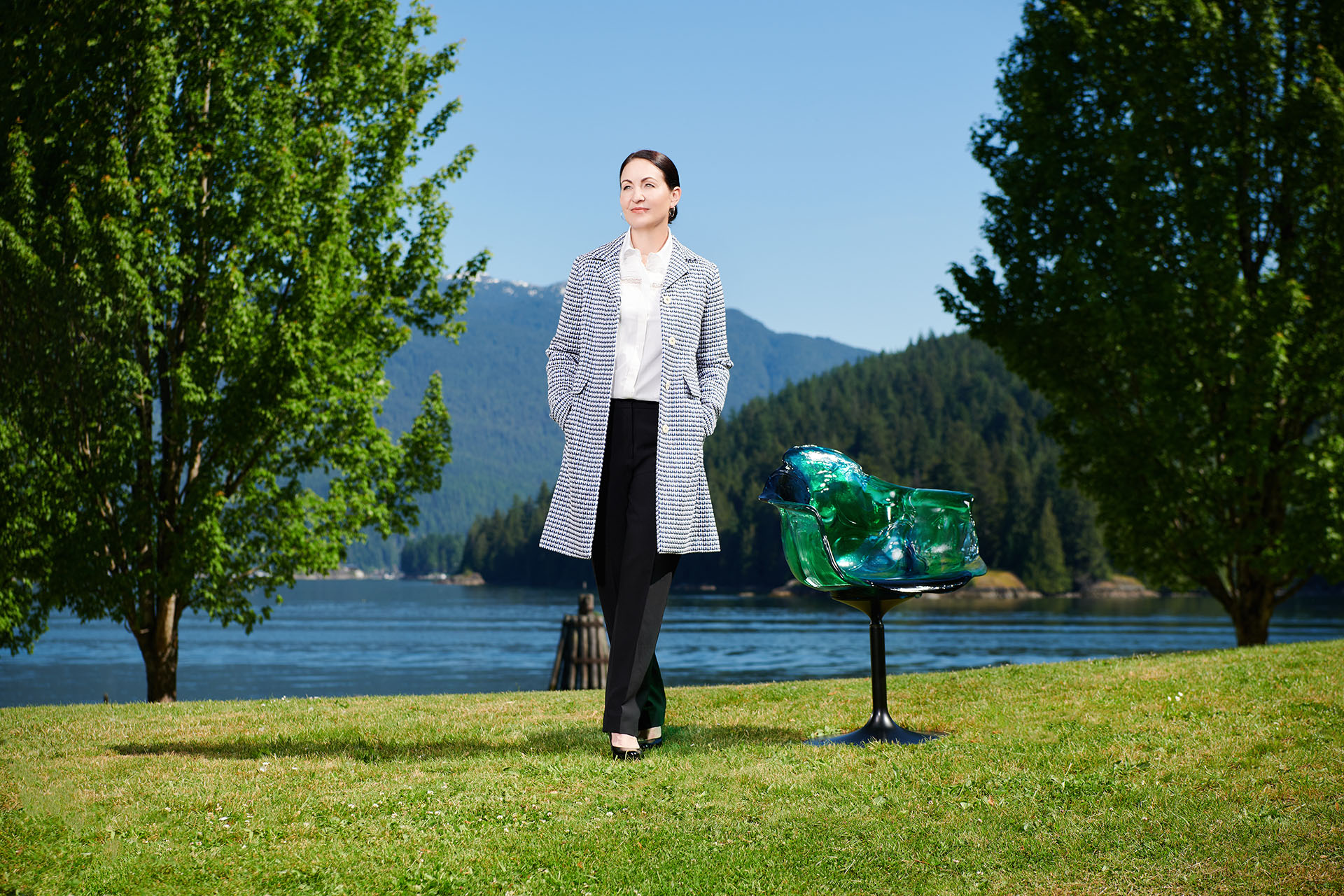 Recognized as one of Canada's top female entrepreneurs by PROFIT and Chatelaine, Monique founded, scaled and sold a successful mid-sized marketing communications agency before serving as Senior Vice President, Marketing, for Polygon Homes. Most recently, Monique founded Catapult Strategy, a hands-on business strategy and marketing communications consulting model built to address the real challenges of Canadian and US mid-sized businesses. 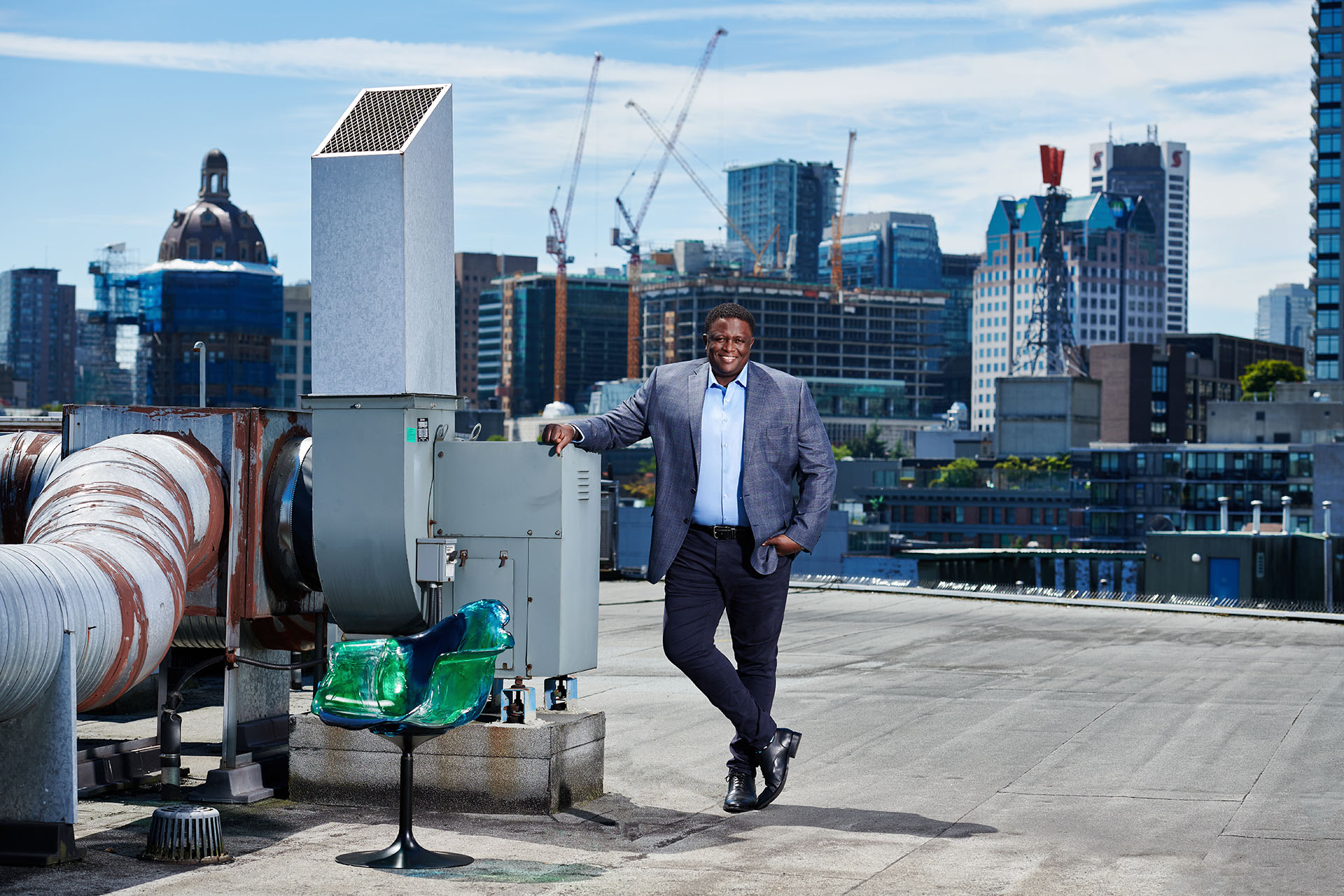 Adelana Gilpin-Jackson is a Professional Engineer and Asset Manager with a Masters in Management of Technology and several professional memberships and certifications.

Adelana brings 25 years of leadership, business development, investment planning, strategic asset management, civil engineering and project management in private, consulting and public practice to icona. He has extensive experience in leading multinational and multidisciplinary teams in British Columbia and internationally in the industrial, energy, military, development, operations and maintenance sectors. Adelana holds Canadian and US patents and is recognized for business process and technical research focused on emerging smart technology and materials. 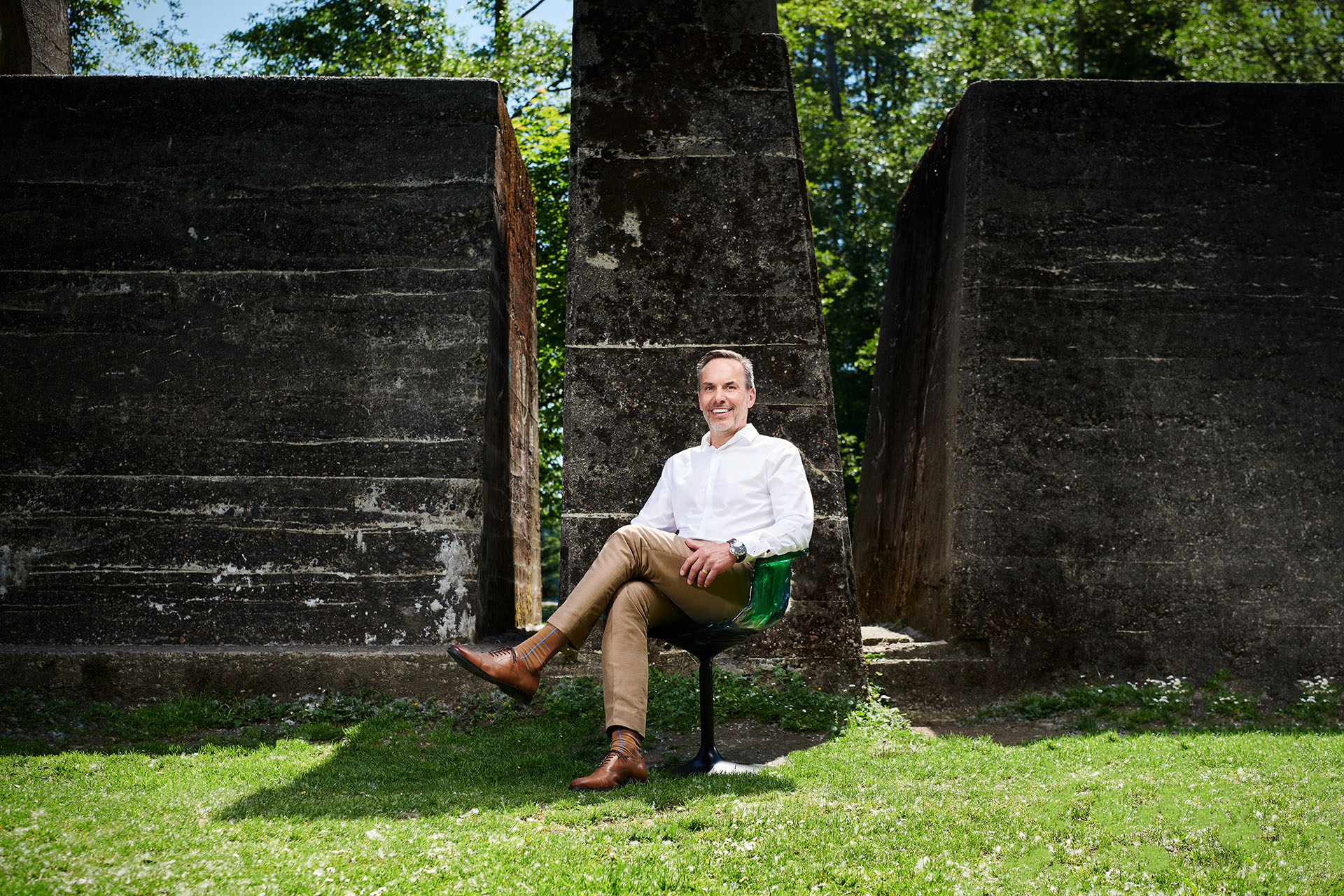 With more than three decades of experience in residential and commercial real estate development, Laurie brings broad and comprehensive development and business insight to developers, land owners, institutions and businesses. Areas of expertise include project management and development planning and analysis.

Career highlights include coordinating the RFP, public consultation and policy and rezoning process for the Langara College Masterplan and the Pitt River Road and Harbour Street. He has also coordinated and managed project teams, public consultations and application processes for residential, residential rental and social housing developments. 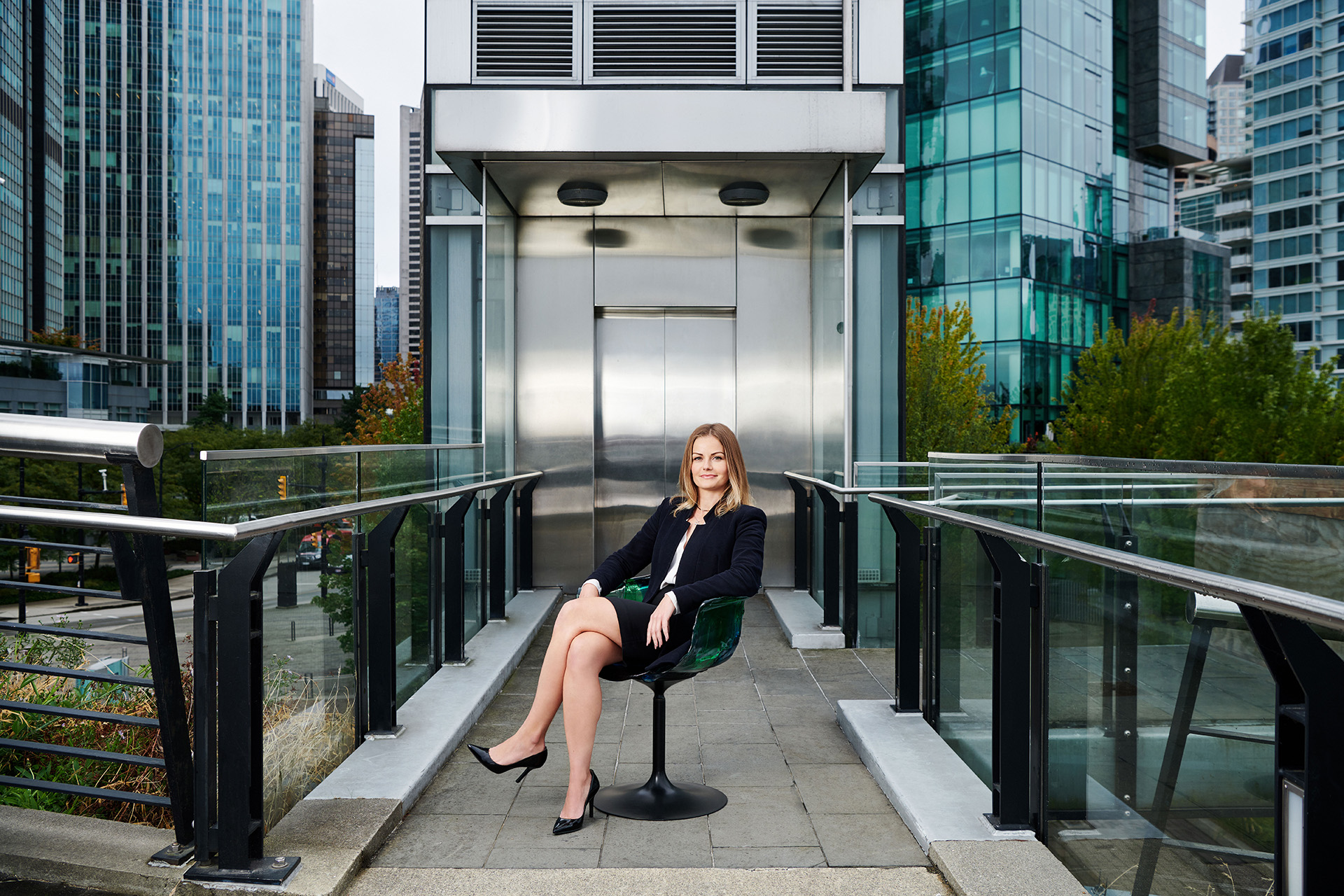 Karolina is a CPA and CA who brings 13 years of experience in financial auditing, analysis, strategy and decision-making for publicly listed and privately held companies in the real estate sector including construction, real estate investment, property management and development.

Prior to joining icona, Karolina was the Director Of Accounting and Reporting at Hungerford Properties, a firm with award-winning and legacy-inspired commercial and residential projects across Western Canada. She has also held senior finance roles at Pure Industrial and PulteGroup. 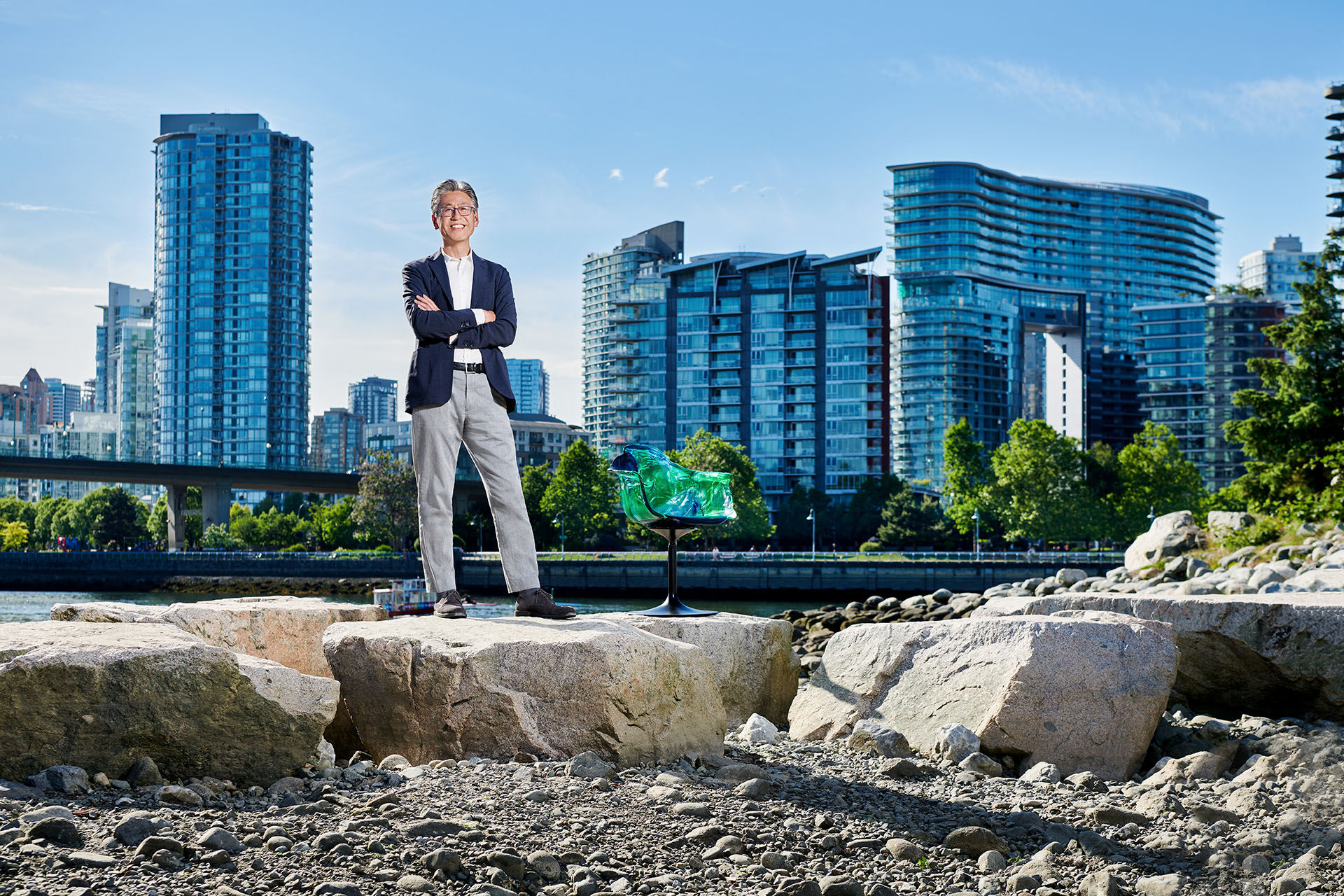 After earning a degree in architecture in China, Ling Meng went on to earn a Master's degree in Urban Design and a PhD in Urban Planning from the University of Tokyo, Japan's most prestigious university. His formidable and award-winning design skills have helped to shape cities and projects throughout North America and Asia for well over 25 years, including 18 years at Bing Thom Architects as a director and lead urban designer. As a planner, Ling Meng is known for his deep appreciation of the relationship and influences between architecture and the urban context.

Christopher Gaze is the Founding Artistic Director of Bard on the Beach Shakespeare Festival, which grew under his leadership to attract two million patrons and become one of the largest professional theatre companies in Canada. Christopher has received Canada’s Meritorious Service Medal, honorary doctorates from UBC and SFU, the Mayor’s Arts Award for Theatre and the Order of British Columbia.

As one of Canada's most prominent and dedicated advocates for the arts, Christopher helps icona envision communities that support and nurture cultural experiences.

Born in Hong Kong and educated at the University of Washington, James Cheng (M.Arch) studied under Richard Meier and at the GSD (Graduate School of Design, Harvard University), and apprenticed under Arthur Erickson. Cheng is credited with pioneering the architectural style known as "Vancouverism" — the airy, glass-clad residential towers that have shaped Vancouver's urban skyline and brought it international recognition and acclaim.

The architect of more than 40 downtown towers, Cheng also introduced the "tower-on-podium" building style that brought plazas, gardens, waterscapes and mixed-use amenities to urban areas — a style that is now emulated in cities worldwide. James has been recognized with more than 50 design awards and received the Order of Canada in 2012.

His iconic and sensitive approach to residential design helps icona envision distinctive communities with a sense of place.

Marcella Szel has significant experience in the transportation industry, business, and as a board member. Her career spans more than three decades with Canada Pacific Railway in senior positions. She is currently on the boards of TransLink and Wawanesa Mutual Insurance Company and is a director of the Global Transportation Hub in Saskatchewan. She is a past board member for Port Vancouver and been chair of the Canadian Chamber of Commerce, among others. She is a Queen’s Counsel and was recognized as one of Canada’s Top 25 General Counsel. She was awarded a Queen’s Jubilee medal for community service and honoured as a “Woman in Transportation” by the BC Minerva Foundation.

Marcella's deep understanding of the impact of transportation on a community's well-being plays a critical role in helping icona create complete communities.

Kim Baird is Chancellor for Kwantlen Polytechnic University and owner of Kim Baird Strategic Consulting. She was the elected Chief of the Tsawwassen First Nation for six terms, during which time she oversaw numerous economic and institutional development projects. Kim is the recipient of numerous awards, including the Order of British Columbia, Indspire Award, Member of the Order of Canada, SFU Honorary Doctorate Law Degree, Queen Elizabeth II Diamond Jubilee Medal, and KPU Distinguished Alumni Award.

Lisa Ethans is a board member, financial consultant and trusted strategic advisor to various corporate, private sector and non-profit organizations. During her 30 plus year career at Deloitte LLP, she founded and led the firm’s National Aboriginal Client Services and Wealth Management practices. She was awarded the designation of Fellow from the Institute of Chartered Accountants and the Chartered Professional Accountants, and received a Practice Leadership award from Deloitte and a Community Service Award from the Chartered Accountants of BC.

In addition to her deep financial expertise, Lisa brings to Icona her extensive experience in working collaboratively and inclusively with communities to create innovative and mutually beneficial solutions.

An experienced CEO with decades of experience leading not-for-profit organizations to success, Michael McKnight began his career in the sector in 1995 as the President and CEO of Big Brothers and Sisters of Canada, subsequently becoming the President and CEO of the United Way in 2004. He brings exceptional business development, leadership and strategic planning skills to the advisory board.

Michael's innovative approach to building connections with the community and his strong track record of success in leading change are invaluable to icona.

Hon. James Moore served a 5-term, 15-year career as a Member of Parliament, serving as Canada's Minister of Industry, Minister of Canadian Heritage and Official Languages and Secretary of State for the Asia Pacific Gateway and Minister for the 2010 Olympics. James is the youngest Member of Parliament and Cabinet Minister in British Columbia’s history, third youngest Cabinet Minister in Canadian history and has been recognized as "One of the 50 Most Important People in Canada” by Macleans. He is currently a senior business advisor at Dentons and a public policy advisor at Edelman. He is also a corporate director, the national vice-chair of the Canadian Cancer Society and a past member of the NAFTA Council for the Government of Canada.

You have been added to the icona email list. We appreciate your interest and look forward to continuing the conversation.

close this window
Oops! Something went wrong while submitting the form.

Sign up to be first to receive news and updates about icona communities, events and initiatives.

sign up now
Thank you! We have added you to the icona email list. You'll hear from us soon!
Oops! Something went wrong while submitting the form.
homepeopleapproachcareersget in touch